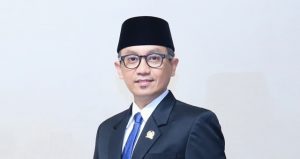 Jakarta (ANN) | Morowali Regency, has a lot of economic potential that must be reorganized, through various breakthroughs by building an integrated and strategic economic concept so that people receive benefits from economic growth, and reduce inequality.

This was conveyed by the chairman of the Branch Leadership Board  (DPC) Democratic Party of Morowali Regency, H. Syarifuddin Hafid, SH, to the Strateginews Network, by telephone, Thursday (3/2/2022)

In the concept of economic development, said Syarifuddin, people who are not yet productive are built to become productive with various policies that favor them.

The goals are for the community’s economy to grow faster, and in turn, more people will drive the economy. “People who were previously unproductive and did not pay taxes, can become productive and become tax payers, and job opportunities are more open,” said Syarifuddin Hafid.

And the positive impact on the community can feel directly from the performance achievements of the development results,” he said.

Another strategy that can be taken, said the Deputy Chairman of the Morowali DPRD, is that the local government of Morowali Regency must synergize with entrepreneurs or investors to jointly develop.

The synergy between the two to plan how the regional economy will be directed needs to be a shared understanding,” he said. “Local governments have the opportunity to make various regulations, provide various facilities and opportunities, and form the insight of the people.

But on the one hand, local governments do not know much about how the actual process of economic activity takes place,” he said.

Syarifuddin said that it is entrepreneurs who have a role and have the ability to recognize the needs of many people and with various initiatives, fulfill those needs. “The activity of meeting these needs keeps the wheels of the economy turning, generating salaries and wages for workers and taxes for the government.

With taxes, local governments have the opportunity to shape the conditions for the regional economy to develop further,” he explained. “Prospering the people is the duty of a leader. A good leader will be able to hear what the people are complaining about, be able to provide solutions to the problems faced by the people,” he said. According to Syarifuddin Hafid, economic growth is one of the most strategic parameters.

Not only that, the determination of the amount of the assumption of economic growth also has an important role in economic development in a region. “The community will improve their economic level, if the wheels of the economy in the region run well.

In an effort to develop economic potential in the region, the Morowali Regency Government must be at the forefront by making appropriate plans to determine the direction of regional development policies,” concluded H. Syarifuddin Hafid. (Nug/Editor) 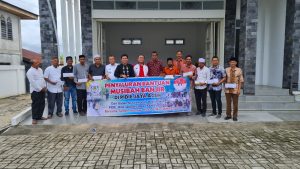 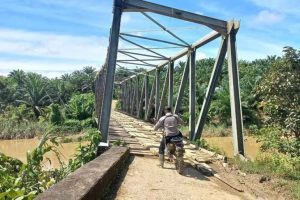 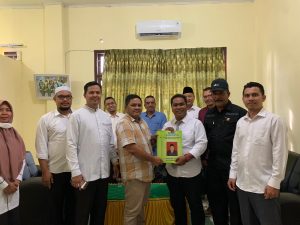